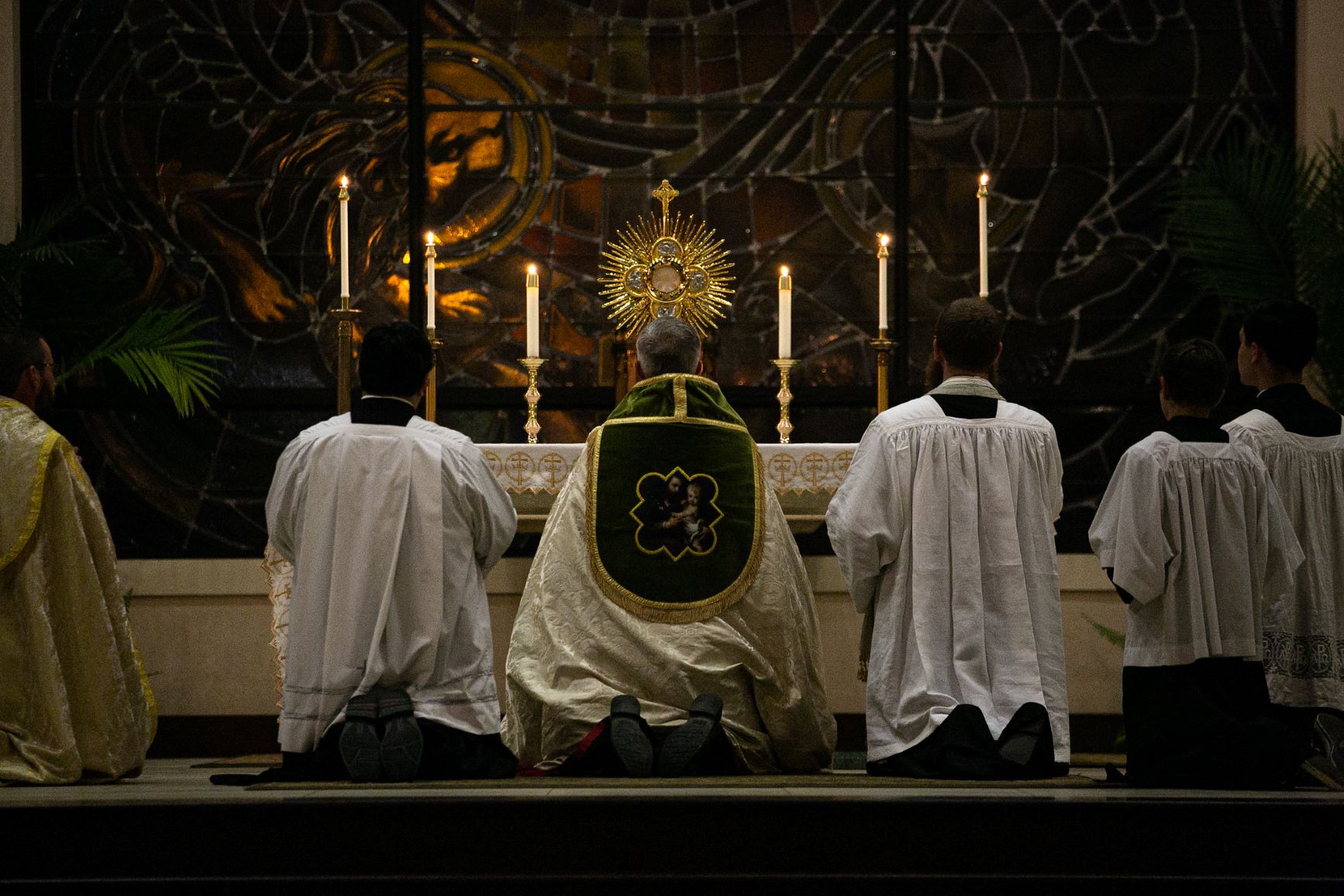 November is a great time of the year, especially in this part of the country. In East Texas, November means temperatures are finally getting to some respectable levels. It might not actually be cold, but at least the sweltering heat of summer has finally left us. Leaves change and fall football is in full swing and it’s generally a really enjoyable time. Plus, the holidays are right around the corner. Once we hit Thanksgiving, it’s like one big party all the way through the New Year. Thanksgiving has certain customs and traditions associated with it, and I’m sure just seeing the word brings many of these things to mind: pies, turkey (or ham), the Macy’s parade, favorite holiday movies, etc.

These traditions are all fine and good, but did you know that the word “thanksgiving” also has some very particular theological meanings? Every year around this time, I am always amazed that our American culture makes such a big deal about Thanksgiving the holiday, while simultaneously not embracing much of the deeper meanings of the term. In fact, for a nation with so many Christians, it’s downright perplexing to me that this isn’t a more common topic of conversation around the holidays.

In the Scriptures, both in the Old and New Testament, the idea of thanksgiving is an incredibly important concept. In fact, both the liturgies of the Old Covenant and the New Covenant are centered around the concept of thanksgiving, or of giving thanks. In Hebrew, the term todah literally means thanksgiving, but it can also refer to a confession of praise or gratitude. Many Catholics are probably familiar with the animal sacrifice of the Old Covenant. (cf. Gn 15) God regularly called on the Israelites, and their covenant leaders, to sacrifice animals as part of the covenant ceremonies, but animal sacrifice as a sin offering was also common. The logic was that sin was a sort of spiritual death, and the death of the animal would in some way make amends for the sin; the animal’s death replaced the spiritual death of the sinner. This situation led to many kinds of sacrifices: burnt offerings, holocaust offerings and cereal (or grain) offerings. Most of us are probably at least vaguely familiar with these types of offerings, which were intended to repair the relationship between human beings and God, especially when there was human sin.

However, there is an entire category of sacrifice in the Old Testament known as the todah sacrifice that many Catholics are typically unaware of. Dr. Tim Gray of the Augustine Institute notes that ancient rabbis held the todah in high regard, saying, “An old Rabbinic dictum makes this point well: ‘In the coming Messianic age all sacrifices will cease, but the thank offering [todah] will never cease.’”*

So what was the todah? The todah sacrifice was a special sacrifice that involved three elements: bread, wine and the flesh of a lamb. These elements would be shared in a special meal that commemorated God’s saving intervention in a person’s life. It was a way to give thanks to God for having been rescued from some particular danger or peril. The meal would be a very solemn occasion, then, to thank God for deliverance, and it involved not just any lamb, but one sacrificed in the Temple specifically for the todah meal. The bread of the meal would also be consecrated at the same time the lamb was sacrificed. During this meal, special psalms known as todah psalms would be sung. These psalms commemorate God’s saving intervention in the history of Israel and include Psalm 116 and Psalm 22 (My God, my God, why have you forsaken me).

This notion of a sacred meal that is offered to give thanks to God for his action in our lives, of course, is not limited to merely the Old Testament. In fact, we might rightly say that the Eucharist, the New Covenant liturgy par excellence, is a fulfillment of the todah. Of course, the Last Supper, where Jesus celebrated the first Eucharist, is marked by thanksgiving. Jesus literally “eucharisted” the bread, or gave thanks over the bread, which became his body. (cf. Lk 22:19) The Last Supper is customarily conceived of as a Passover meal, but there is a very real sense in which the Passover meal can be seen as a kind of todah. The todah is primarily about thanking God for some intervention, while the Passover is primarily about remembering what God did to liberate Israel from the Exodus.

In any case, the connection between the liturgy of bread, wine and the flesh of the lamb in the todah and the bread, wine and lamb of the Passover is undeniable. What we celebrate on Sundays at the Mass is not just the continuation of Jesus’ actions at the Last Supper. It is the culmination of the worship of the Old Covenant, transformed and transcended. Whereas in the Old Covenant there were separate liturgies offered for the forgiveness of sin and the celebration of God’s saving intervention in the life of Israel, in the Mass we offer an unbloody sacrifice of the Lamb of God, who is victorious over sin and death. But we also, at the same time, offer thanksgiving to God for that victory over death and for his intervention in our lives. So this holiday season, and especially as we approach Thanksgiving, let us all enter more deeply into that solemn act of thanksgiving that we are so blessed to have access to: the ultimate todah, the Eucharist. One great way to do this is to go to Mass on Thanksgiving Day, but another might be to take some of the ritual elements of the todah and incorporate them into your family’s meal. Have some special bread, share some wine and maybe pray one of the todah psalms.

*Gray, T. (2004). From Jewish Passover to Christian Eucharist: The Todah Sacrifice as Backdrop for the Last Supper. In S. Hahn & R. J. Flaherty (Eds.), Catholic for a Reason III: Scripture and the Mystery of the Mass (pp. 68–69). Steubenville, OH: Emmaus Road Publishing.

Have you registered for the Eucharistic Congress?