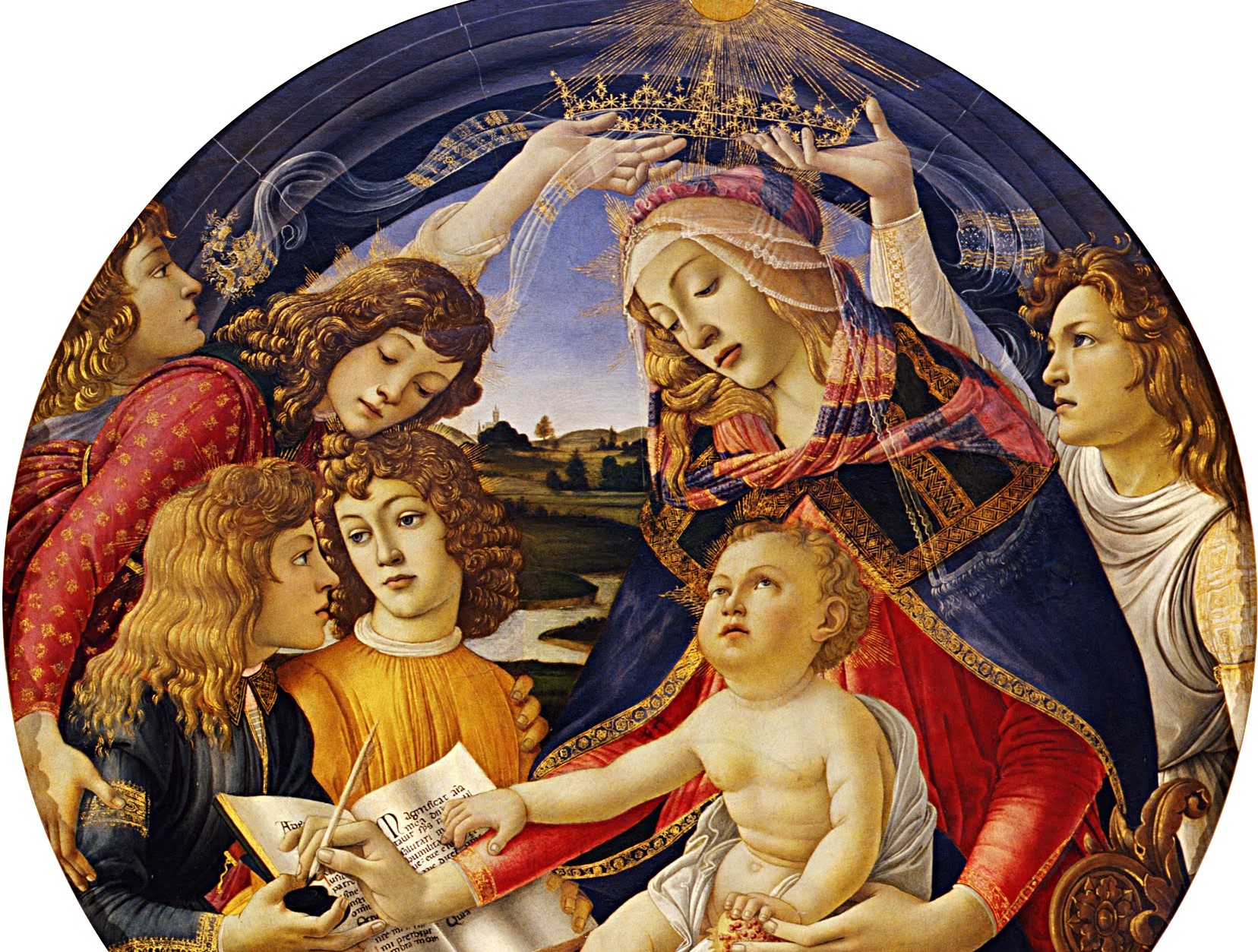 In the resurrection of Christ the fullness and completion of salvation has been unveiled, and it is marvelous in our eyes. The penances of Lent give way to the climax of Holy Week in which we remember our collective and individual salvation from the greatest evils. Sin, which causes death, was overthrown and its power over mankind was crushed forever in the one definitive act of Jesus on Calvary. His ignominious death as a common criminal would seem to be the greatest defeat of all. Yet in perfect divine justice, mercy and love, his sacrificial death in obedience undoes the sin of Adam and offers us the invitation to again “walk with God in the cool of the day” (Gen. 3:8).

The first Adam was provided a helper or ezer in Hebrew. Jesus, the New Adam, is given an ezer too. Scripture describes this ezer (helper) as a partner in battle who brings divine help against the adversaries of Israel. “With thy hands contend for him, and be a help (ezer), against his adversaries” (Deut. 33:7); “a people saved by the Lord, the shield of your help, and the sword of your triumph!” (Ps. 33:29); and, “Our soul waits for the Lord; he is our help and shield” (Ps. 33:20). While the first ezer became the source of death, the ezer of the New Adam becomes the source of life.

The new ezer is the “woman” who will crush the head of the serpent (Gen. 3:15). St. Augustine and St. Jerome both translate Genesis 3:15 as “She, (ipsa, Latin) shall crush your head while you strike at her heel.” The Old Testament foreshadows the new ezer in the archetypes of Deborah, Jael and Judith. The New Adam’s ezer by his power definitively “crushed the head of the evil serpent under her immaculate foot” (Ineffabilis Deus, 14). The enmity between the “woman” and the serpent prophesied in Gen. 3:15, is realized in time when Gabriel addresses the one who is “full of grace” in Luke 1:28.

The eternally begotten Son takes on his perfect human nature from and within the “woman” as she replies, “be it done unto me according to thy word.” Her immaculate human nature becomes his human nature, her flesh becomes his flesh, her heart becomes his heart. The human body given by the most perfect creature is offered by the Logos to the Father for the redemption of man is obtained from the “woman” full of grace. His body is the very instrument of our salvation. The excruciating distress that she experienced at the immolation of her divine son on Calvary, was the sword that pierced her immaculate heart as foretold by Simeon at the Presentation.

The Church father Athanasius of Alexandria, the hero of Nicaea and the great defender of Christian truth against the Arian heresy writes in regard to the Incarnation, “He took it, (his body)  directly from a spotless, stainless virgin, without agency of a human father- a pure body, untainted by intercourse with man. He the Mighty One, the Artificer of all, himself prepared this body in the virgin as a temple for himself, and took it for his very own, as the instrument through which he was known and in which He dwelt” (Athanasius, Chapter 2: The Divine Dilemma and its Solution in the Incarnation).  Sts. Ambrose, Chrysostom, Chrysologus, and Cyril of Jerusalem, among others, all proclaim that the “woman” has a unique and singular participation in the salvation of man. This unique role is intimately tied to her divine motherhood. It is by this divine motherhood that she gives Jesus, the Redeemer, his body, the instrument of our salvation. “This is my body given for you.” (Lk. 22:19)

St. Bernard Clairvaux, St. John Tauler and Pseudo-Albert recognize the sacrifice of the woman as “co-helper of redemption” who offers up her son as a “pleasing sacrifice” on the altar of the cross for the salvation of the whole human race. These theologians of the scholastic period recognize her agonizing compassion at the foot of the Cross.  Mary is not simply a bystander following Jesus on the way of the Cross, rather she encourages her Son to the consummation of his sacrifice to the Father. Her “yes” thirty three years earlier anticipated this.

Pope Leo XIII advances our Blessed Mother’s co-suffering with Jesus at Calvary for the redemption of the human race because of her unique and singular role by virtue of her office as mother of God. Leo XIII writes:

“When she professed herself the handmaid of the Lord for the mother’s office, and when, at the foot of the altar, she offered up her whole self with her Child Jesus…It is certain, therefore, that she suffered in the very depths of her soul with his most bitter sufferings and with his torments.  Moreover, it was before the eyes of Mary that was to be consummated the Divine Sacrifice for which she had borne and brought up the Victim. As we contemplate him in the last most piteous of those Mysteries, there stood by the Cross of Jesus his Mother, who, in a miracle of charity, so that she might receive us as her sons, offered generously to Divine Justice her own Son, and died in her heart with him, stabbed with the sword of sorrow” (Iuncunda Semper Expectatione, 3).

The anguish of Good Friday has given way to Holy Saturday, a day of silence and our Blessed Mother’s peaceful confidence in the promises of her divine Son that would soon come to be. St. Teresa of Avila explains it this way, “Perhaps everything may seem to militate against what was heard and years pass by, yet the spirit never loses its belief that God will make use of means unknown to men for the purpose and that finally what was foretold must surely happen; as indeed it does” (Mansions Chapter 3). Our Blessed Mother pondered the greeting of Gabriel, “and the Lord God will give to him the throne of his father David, and he will reign over the house of Jacob forever and of his kingdom there will be no end” (Lk. 1:32-33). Mother Angelica put it like this: “The woman who had faith strong enough to stand at the foot of the Cross also had the kind of Hope that gave her the assurance that the tomb would soon be empty.”

That first Easter finds Mary Magdalene going to the tomb to anoint the body, and the apostles Peter and John running to the tomb at her incredulous report that he had risen. The palpable dejection of the disciples on the road to Emmaus, turns to burning hearts and recognition of the risen Christ in the breaking of the bread. They also return with the report of his resurrection.  Jesus appears to the disciples in the upper room and they believe because they have seen.

In the midst of the frantic running around, doubt and skepticism of the disciples, Mary remained still and peaceful in the assurances of the promises of God and models for us true faith. She demonstrates what Elizabeth, filled with the Holy Spirit said, “And blessed is she who believed that there would be a fulfillment of what was spoken to her from the Lord” (Lk. 1:45). Calvary was not the end, it couldn’t be and Mary knew this.

As we celebrate Easter and the Divine Love of Good Friday that won for us our freedom and life, let us contemplate the mother’s heart that never lost faith or hope. Let us imitate her by being at peace and knowing that Jesus is Lord.