Of Trust, Tears, and the Open Road 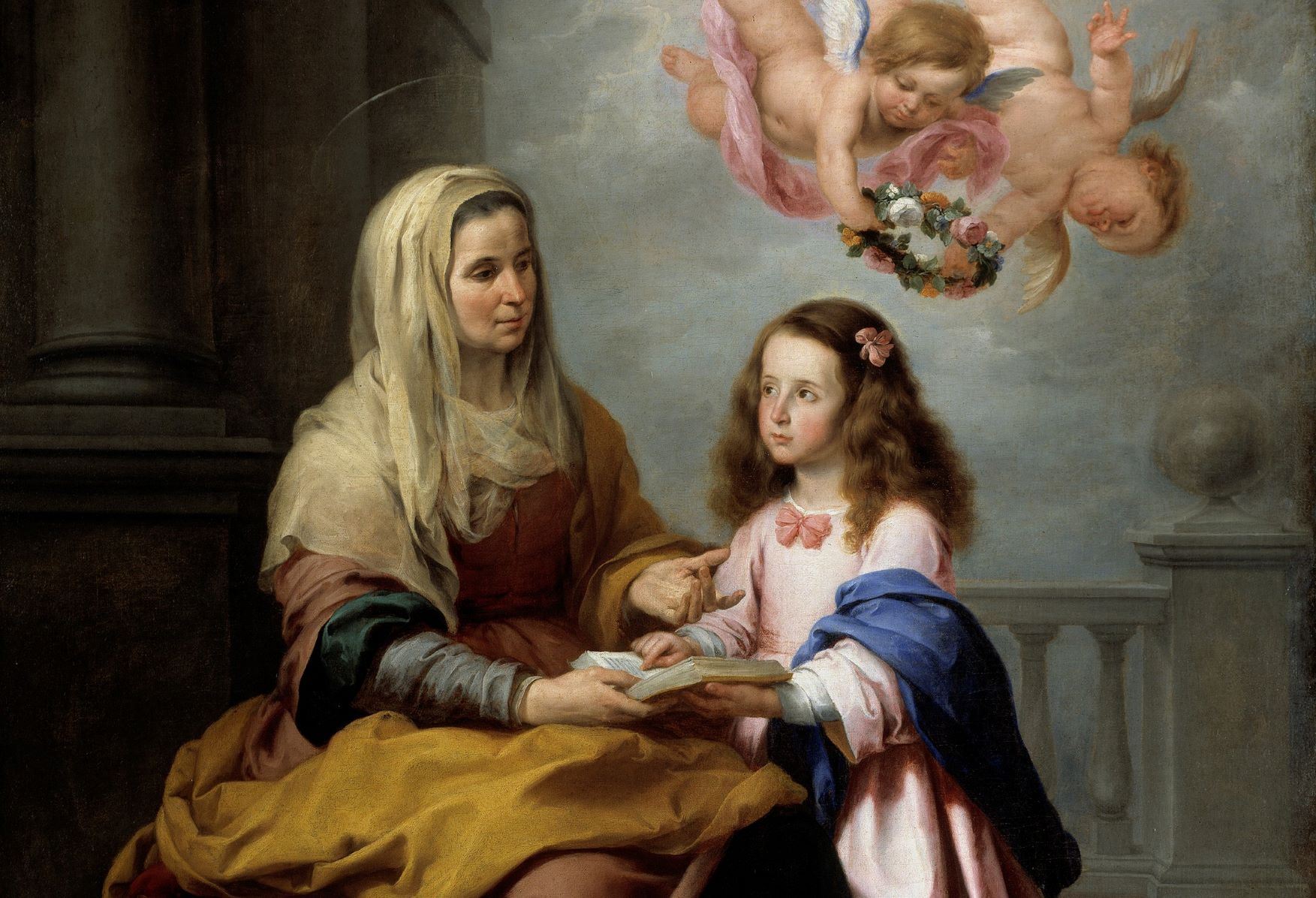 By the time this article is released, I will most likely be on the road somewhere along the East Coast. I’m returning to Massachusetts to continue my studies, accompanied by some great friends and a whole load of camping gear. It’s not the first of unexpected changes that have happened this summer either. My family and I welcomed my new sister into the world a few short weeks ago, and have been blessed to watch her grow and adapt. My other younger siblings ended one school year and prepare to begin another. I ended up switching college majors after much discernment.

St. Anne, the mother of Mary and grandmother of Jesus, kept coming to mind through this whole summer. She has been a part of my spiritual life since the beginning; my Baptism and first memories of the Mass were at a shrine dedicated to her honor. July 26th – her feast day – has always held a place of honor, whether I’ve been able to return to the shrine or not. But it’s because of her life’s example that she returned to mind especially now. The little we know of Anne’s life passed down through tradition are an incredible example of trust in God, especially in seasons of change or question.

Similar to her cousin St. Elizabeth, Anne and her husband St. Joachim experienced infertility. To be unable to bear children was extremely shameful in Jewish culture. While Anne and Joachim were a holy couple, they were still most likely the object of mockery among their peers. Maybe they wondered why God had set this path in life for them. We can only wonder how difficult it must have been for them as each day went by, watching as others their age raised children of their own.

Anne and Joachim ultimately understood that God had a plan for them. Cultural expectations set their “time” to have children earlier in their marriage. It was clear after almost two decades that it wasn’t meant for them at that time. Anne and Joachim did not let this make them hopeless. Instead, they continued to love God and others through the places they were called to serve: in their home, synagogue, and outer community. They may not have understood what God was doing, but they trusted him and imitated his love.

God gave them a daughter, Mary, at exactly the right time, so they could guide her towards her penultimate role in our salvation. The plan to bring Jesus Christ into the world is intricate beyond our imagination. God needed Anne and Joachim to be exactly where they were, and to experience all they did during their first nineteen years of marriage, so they could care for Mary as she grew up. Their ‘timing’ to have a child defied not only cultural expectations, but the ability of most mothers at the time to bear children past the age of thirty-five. God’s will made the impossible possible, and carved out the best path possible in their lives. Their integral part in the salvation of all humanity required much from them, but it blessed them and all of us in turn.

Change and confusion are sometimes too familiar for us youth. We anticipate change in our schooling, jobs, and other areas of growth. There are times when shifts throw our life seemingly out of balance. On the edge of a new school year, there’s an uneasiness about what the coming months may bring. We don’t know where these changes will bring us. What we do know, as Anne did, is that God ultimately has control. It is he who directs our life, and it is he who will accompany us in love through whatever may happen.

Ask for St. Anne’s intercession in the uncertain places of your life. Think of where you are right now. Be the best you can be wherever you are. And every day, offer your day to God in whatever it brings. You might not know where the changes are leading, but you can go forward in the confidence that the Creator directs them all.

Sonja Morin is a Catholic writer, media creator, and activist hailing from southern Massachusetts. She is currently pursuing her Bachelor of Arts degree in Psychology and a minor in film and media studies at the University of Massachusetts - Dartmouth. When not conducting pro-life activism or working, Sonja can be found reading, photographing, singing, and enjoying life with her family, parish communities, and loved ones. A few favorite saints of hers are St. Elizabeth, Pope St. John Paul II, Bl. Pier Giorgio Frassati, St. Anne, and St. Joan of Arc. She currently lives between campus and her family’s residence in East Texas