Francesco: Be Not Afraid 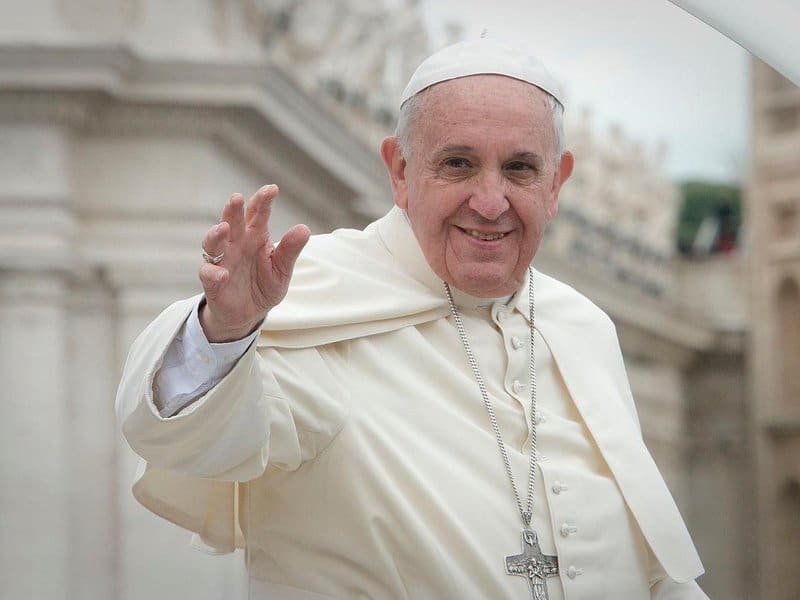 Yesterday, Catholic and secular news outlets were reporting on a new documentary featuring Pope Francis, titled “Francesco” which has yet to appear in North America, but made its Vatican premier on Wednesday. The primary reason there has been so much discussion about this documentary is that the Pope appears to make some positive comments about civil unions for same sex couples. The reported language of the Pope, which I have seen footage of, is as follows:

Homosexuals have a right to be a part of the family. They’re children of God and have a right to a family. Nobody should be thrown out, or be made miserable because of it. What we have to create is a civil union law. That way they are legally covered.

How can we understand this discussion, and what does it mean?

First, as always, we need a sense of context. The first few sentences appear in an interview that the Pope gave in Mexico in 2019. In the full interview, available online, the comments about civil unions do not appear, nor is that discussion included in the transcript from the Vatican.  It is possible that those remarks were edited out of the original conversation. Thus, it’s not clear, at the present, what the setting or wider context was for his comment about civil unions.

Native Spanish-speakers have given contesting interpretations of what exactly he means by the term civil unions (convivencia civil, in Spanish). Some have said this is clearly referring to what we call civil unions, while others have shared that they think the Pope is referring more to “living together” in the sense that parents of homosexual children need to find a way to get along with their children, rather than abandon them. If they are taken together with the first statement about the importance of families, this sense of living with one another could be his meaning.

However, without the wider context, it’s hard to know what the Pope really means. Without the context, all we can do at present is hope for a clarification from the Vatican. Such clarification happens from time to time, such as when Pope Benedict made some remarks about the use of condoms in Africa. Initial reports on that discussion turned out later to be mistaken, and that may well be the case with Pope Francis’ latest remarks.

Second, it’s important to give the Pope a sense of charity in interpreting his words. While we do not have the full setting of the discussion available, there are many other statements from Pope Francis indicating that he still maintains the traditional and authoritative view of the Church with respect to homosexual people. We should resist the view that the Pope is somehow in serious error on matters of Catholic doctrine and dogma. He has pointed in the past to the language of the Catechism #2357-2359, which affirms the dignity of all people, condemns the unjust treatment of homosexuals, and calls all people to chastity.

In fact, even in the 2019 interview, from which the first half of the quote above is pulled, Pope Francis says that his strong stance that homosexual people have a right to a family should not be taken as indicating that he approves of homosexual behavior. Rather, he says “Y eso no quiere decir aprobar los actos homosexuales, ni mucho menos.” (And that does not mean that I want to approve homosexual acts, far from it.)

Whatever Pope Francis may mean by his discussion of civil unions, we owe him charity in interpreting his words, and it is helpful in this regard to read his previous teaching on the issue of homosexuality, family, and marriage, to see more of his views in this area.

Third, Catholics need to recall the important distinction between a Pope as a person, as a human being, and the office of the papacy. Pope Francis, in his official capacity as the Vicar of Christ, has not given any new declarations or teachings on civil unions this week. What has been reported is an interview, featured in a documentary. And however much confusion this may cause people of all walks of life, it still is important to recognize that he has not given an official teaching on this matter. It may be his private opinion that such unions are good, but even if that is the case, it has not been taught in an official capacity.

Catholic teaching on the infallibility of the Pope, which prevents him from error in faith and morals, applies only to official teaching, proclaimed ex-cathedra. Certainly, if the Pope’s statements about civil unions appeared in an encyclical or other document, that would be a serious situation. But the magisterial weight of documentary interviews is essentially zero.

Thus, what we have seen in the last twenty four hours is not an official magisterial proclamation. Rather, it was a private opinion of the Pope that, nonetheless, has been given considerable attention. It is my opinion that this was a mistake in terms of prudential judgement, and that there is good reason for the Pope to exercise more prudence with his public comments, given in an informal setting. But at the end of the day, it is still a private opinion.

For now, the best Catholics can do is pray for clarity, and pray for the Holy Father. On this, the feast day of St. John Paul II, I think we should heed his advice and Be Not Afraid.