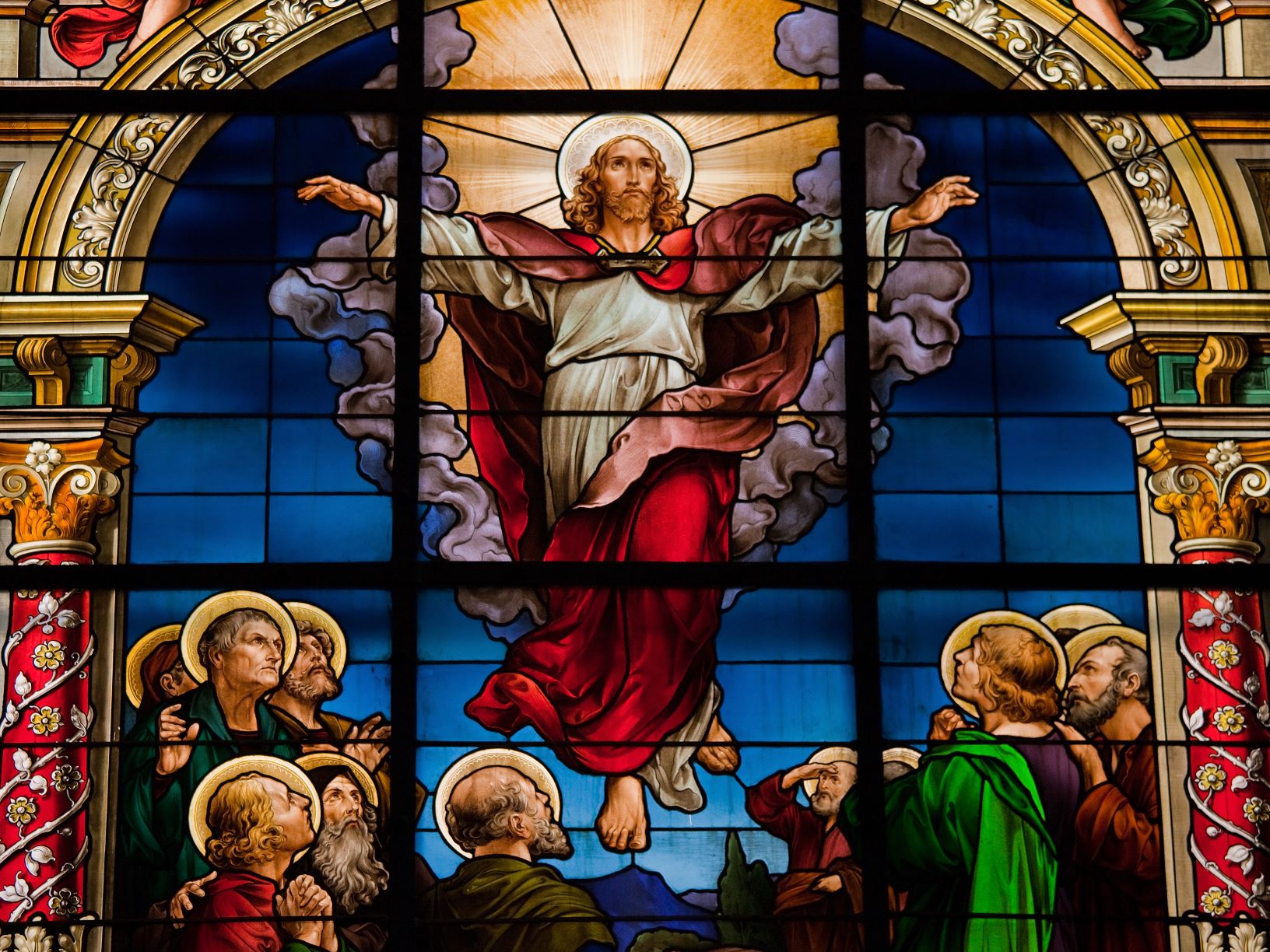 If someone asks you to identify the single most important doctrine in Christianity, how would you reply? It’s probably not the principle of double effect. Could it be the fall of Adam and Eve? Creation itself? The infallibility of Scripture? All of those are fine and well, and very important for Christianity. But according to St. Paul, there is one teaching that stands out above all the rest. If this one teaching is true, it changes everything, and if it is not, then everything is a lie.

Paul gives us the answer in First Corinthians:

The importance of the Resurrection, for Paul, stands at the very center of the Christian claim. In a certain way we can also see this by looking at the Creed, which expresses the core tenets of the Christian faith. Jesus’ teaching and preaching doesn’t take center focus: it’s the reality of Christ’s death which is on display:

For our sake he was crucified under Pontius Pilate, he suffered death and was buried, and rose again on the third day in accordance with the Scriptures.

Paul’s rationale in the First Letter to the Corinthians, which was written around the year 56 AD, is that if Jesus did not in fact, actually rise from the dead, then Christianity is a sham.

The question of whether the Resurrection was a real event, then, according to Scripture, is not a trivial matter. It means everything.

However, around Easter every year, it’s a standard practice for major news outlets and websites to publish articles questioning the Resurrection. In fact, questioning whether Jesus actually did rise from the dead is not a new phenomenon; there’s evidence for this doubt even in the Gospels!

So how can we defend this fundamental teaching? One way is to look at what apologist William Lane Craig calls the three minimal facts.

As Craig and others point out, whether you are a believer, a skeptic, or are convinced there is no such thing as a resurrection, when it comes to the specific case of Jesus Christ, there are three key facts that everyone has to deal with. They are: the empty tomb, the post-mortem sightings of Jesus, and the spread of Christianity.

Simply put, these three facts, which are acknowledged even by skeptics, have to be explained.

There is well-attested evidence that Christ’s tomb was found empty, and nobody has produced a serious claim to have discovered the bones of Jesus. For believers, the explanation of this is simple: Jesus rose, bodily, and therefore his bones are not here any longer. Skeptics have to work to give an account for the empty tomb.

Fact #2: The Post-Mortem Appearances of Jesus

Similarly, there is a good textual record of many people, sometimes in large groups, claiming to see Jesus after his death. In fact, in the New Testament, there are nine such accounts. (See a full list of these accounts below.)

Here again, both supporters and skeptics have to somehow deal with this data. As Brant Pitre puts it, “There is no historical basis for claiming that there are no eyewitness accounts of the appearances of the risen Jesus. You can reject those accounts if you’d like, but you can’t say they don’t exist” (The Case for Jesus, p. 183).

Fact #3: The Growth of Christianity

Finally, there is the rapid and wide growth of the Christian movement in the first few centuries after Jesus’ death. After Jesus’ death and resurrection, his followers preached about this event.  Again, the preaching of Paul focuses time and time again on the reality and the centrality of the Resurrection of the Lord. It’s the “good news.” That preaching resulted, for several centuries, in persecution and threats of death and, in many cases, execution.

If the resurrection happened, it is quite easy to understand the fervor of those followers of what was called “the way.” But if they were lying, if it didn’t really happen, then it becomes almost impossible to comprehend. How could they die for a lie? It seems precisely that the death and the willingness to suffer for the truth of the Resurrection is at the heart of the growth of Christianity in its first several decades. The witness and conviction of those who would undergo suffering helped the faith to spread.

Possible Explanations
While the Christian reading of these basic facts is probably very familiar to most of us, it is good to spend a little time discussing the typical interpretation given to these facts by skeptics and non-believers.

The skeptic will often claim that, while the Gospels record an empty tomb, this doesn’t prove that a resurrection is the reason for the empty tomb. Fair enough. They also would point out that the Gospels are unreliable, but that’s a topic for another time. The more specific argument about the empty tomb is often some version of claiming that the tomb was empty, not because of a resurrection, but because of some kind of scheming by Jesus’ followers.

This argument is simple, and it explains how the tomb could be empty (Jesus’ followers stole the body). But it doesn’t account for the post-mortem appearances of Jesus, nor does it explain in any satisfactory way how the Church sprang into being and exploded into the world in the decades after Jesus’ so-called “fake” resurrection. In accounting for one fact, it ignores the two others.

Perhaps more significantly, even the followers of Jesus didn’t know how the tomb was emptied. In other words, in the Gospel, we see Jesus’ closest followers themselves are mystified by the empty tomb. Take Luke’s account as an example:

Now it was Mary Mag’dalene and Jo-an′na and Mary the mother of James and the other women with them who told this to the apostles; but these words seemed to them an idle tale, and they did not believe them. But Peter rose and ran to the tomb; stooping and looking in, he saw the linen cloths by themselves; and he went home wondering at what had happened. (Lk. 24: 10-12)

The Post-Mortem Appearances of Jesus

Once again, the skeptics of Jesus’ Resurrection have to account for not just the empty tomb, but also something quite a bit more complex: separate narrations from different traditions about the post-mortem appearances of Jesus. Essentially skeptics have to explain why anyone, let alone groups of people in different places, would report having seen Jesus if his death was a normal death.

The main argument skeptics give is that the people who claim to have seen Jesus after his Resurrection are under some sort of illusion such as a hallucination.

The problem with the hallucination theory, then, is that it doesn’t account for the singular way hallucinations happen, namely, to individuals. If a large number of people, at different times, and in different places all have the same or similar hallucination, it isn’t really a hallucination.

Growth of the Church

For believers, the death and resurrection of Jesus are taken as the bedrock truth upon which the Church was built. For skeptics, one powerful thing they must account for is how the Church spread like wildfire through the Roman Empire if it was all built on a lie.

The implications for this are severe. If Jesus didn’t rise from the dead, as Paul says, it’s all a sham. But if indeed he did not rise, how were so many willing to suffer and die? The blood of martyrs is the seed of the Church and it is nearly impossible to imagine the followers of the Lord all cooperating in a grand scheme to trick people into believing the lie of the Resurrection.

If there was social prestige, power, or fame as a result of being a Christian, one might see how people could get worked into a frenzy and spread the lie. But the consequences of Christian faith in the first several centuries were severe. You could be killed just for going to Mass! The apostles suffered terrible fates and yet none of them recanted.

On the other hand, if the Resurrection happened, it is quite easy to understand the fervor of those followers of what was called “the way.” But if they were lying, if it didn’t really happen, then it becomes almost impossible to comprehend. How could they die for a lie? It seems precisely that the death and the willingness to suffer for the truth of the Resurrection is at the heart of the growth of Christianity in its first several decades.

One of the temptations of apologetics, in my experience, is to think that we can prove everything about our Catholic faith. In the early period of the Church, however, the apologists like St. Justin Martyr weren’t exactly setting out to prove their point, or to win arguments. Their goal was to offer an apologia or an account or explanation of the faith. I think it’s good to keep this in mind when discussing fundamental doctrines like the Resurrection. Are there historical and logical reasons to believe that the Resurrection really in fact happened? Certainly. Do the skeptics arguments run into difficulty? Yes. However, we should remember also that the teaching of the faith, the magisterium of the Church, through creeds and councils, has defined the Resurrection. The body that Christ set out to guard the deposit of faith has handed this down to us, and through faith, we can believe it and know it to be true. There is a mystery to our faith, and the moment we think it’s all about facts and arguments, we’re in dangerous territory. With St. Augustine, we can say that we believe so that we might understand.

Jesus appears to the women leaving the tomb (Matthew 28: 9)

Jesus appears to the disciples including Thomas (John 20: 24-29)

The St. Philip Institute Podcast recorded an episode on this topic. You can view the episode here.