Skip to content
Diocese of Tyler News Priests and Seminarians 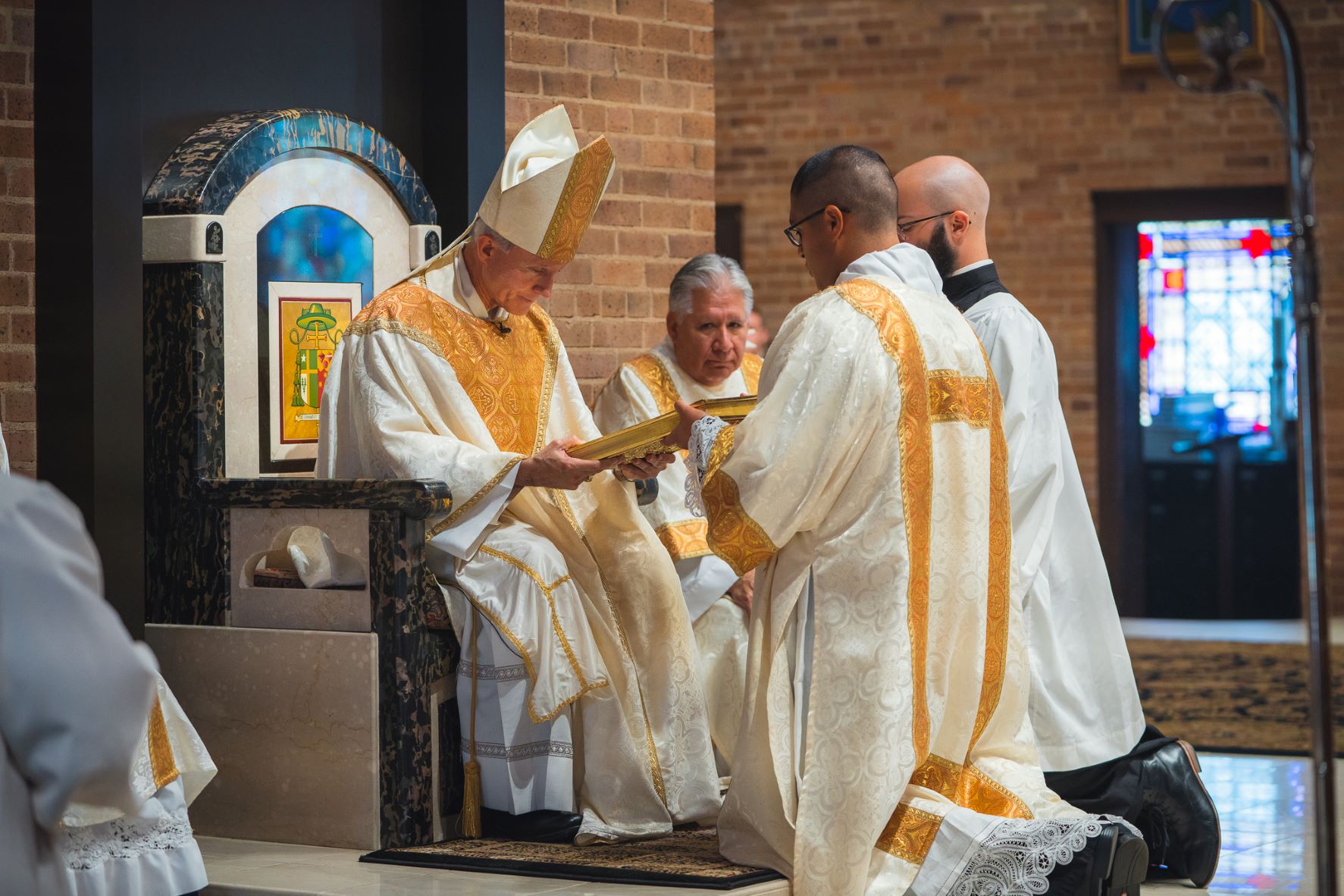 “Receive the Gospel of Christ, whose herald you have become. Believe what you read, teach what you believe, and practice what you teach.”

On Saturday, July 31, 2021, Bishop Joseph Strickland ordained seminarian, Isaac Oviedo, to the Transitional Diaconate at the Cathedral of the Immaculate Conception.

In his homily, Bishop Strickland encouraged Deacon Oviedo to embrace service saying, “as I have come to know you as a man seeking priesthood, you have a heart of service. Let it grow. Let it expand and deepen…I urge you Isaac, to always embrace service at the altar, which you embrace sacramentally in this ordination. You’ll have approximately a year to learn what service means in Jesus Christ, at his altar, among his people. And I pray that you continue to grow in that spirit of service for the rest of your life.”

The second oldest of four children, Deacon Isaac Oviedo is from Mount Pleasant, TX. His family attends Mass at St. Michael’s in Mount Pleasant, where as a boy, Deacon Oviedo served as an altar server. After completing high school, he attended Texas A&M in College Station to pursue a degree in Biomedical Sciences. Upon completing his degree at A&M, Deacon Oviedo went to live with a missionary community in Honduras for a year. After much discernment, he entered seminary at Holy Trinity Seminary, first as a seminarian for the Diocese of Austin and later switched to the Diocese of Tyler.

Pray for Deacon Oviedo as he continues his formation for the priesthood.
You can view pictures from the ordination here.